The latest release of .NET Framework (v 4.8.1) adds native Arm64 support to the .NET Framework family. So, your investments in the vast ecosystem of .NET Framework apps and libraries can now leverage the benefits of running workloads natively on Arm64 for better performance when compared to running x64 code emulated on Arm64.

As Microsoft is committed to providing products and platforms that are accessible to everyone, .NET Framework 4.8.1 provides two Windows UI development platforms, both of which provide developers with the support necessary to create accessible applications for their users.

In this release, both Windows Forms and WPF have made improvements to the handling of tooltips to enable them to be more accessible.

In WinForms, this support is only available on Windows 11 or higher operating systems. WinForms is a thin-managed wrapper around the Windows API, and the new tooltip behavior only became available in Windows 11. WPF has no operating system version dependencies for its accessible tooltips.

Windows Forms was the first Windows UI stack created for .NET Framework. As such, it was originally created to utilize legacy accessibility technology, which doesn’t meet current accessibility requirements. In this release, WinForms has addressed a number of issues.

You can read the .NET Framework 4.8.1 released announcement here:

Microsoft .NET (MS dot Net) is a programming framework used to develop different programs, games, and many other applications. This Microsoft-developed programming infrastructure is used in building, deploying, and running applications and services that use .NET technologies, such as desktop applications and Web services. It is also used to run programs made with Visual Studio using this framework. .NET Framework packages primarily run on the Microsoft Windows operating system. 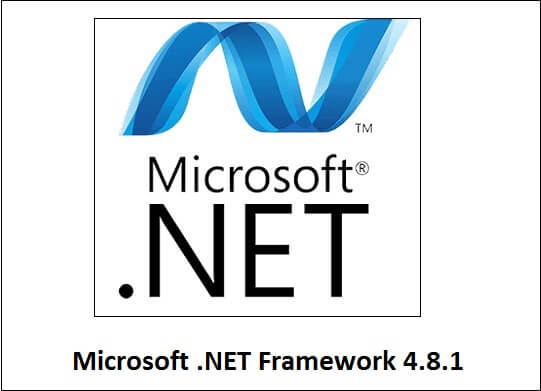