Notepad++ 64-bit is a free source code editor developed based on Scintilla, a powerful editing component. In addition to being a source code editor, it includes all the functions of the regular Notepad program of the MS Windows system. Notepad++ is a very lightweight program that it developed to run on Windows PC and you can use it for completely free as it is governed by GPL Licence. It is one of the most popular developer tools for the Windows platform. Download Notepad++ 64-bit for Windows 11, 10, and 7 PC and take full advantage of highly executable, feature-rich, multi-language, simultaneous text and source code editing.

Is Notepad++ good for editing codes?

Notepad++ is a free and open-source app that includes a large number of available features. It is easy to edit source codes as well as text using this app and you can integrate external plugins into it to extend its features. As Notepad++ is written in C++ and uses pure Win32 API and STL, it ensures a higher execution speed and smaller program size. By optimizing as many routines as possible without losing user friendliness, Notepad++ is trying to reduce the world’s carbon dioxide emissions. Because when the CPU uses less power, the PC can throttle down and reduce power consumption, and it helps create a better environment.

Notepad plus plus has a lot of helpful features including syntax folding and highlighting. This is a big help when you want to choose what to hide and what to display while coding. Highlighting with a selection of different colors makes for a more relaxing experience as you’re able to more easily find what you’re looking for in the code. It offers multi-tab features to help switch documents instantly.

Are Notepad and Notepad++ the same?

Even though both programs have several similarities, Windows’ Notepad and Notepad++ are different. Notepad is the built-in text editor of Microsoft Windows and it doesn’t have many features. It offers simple text editing, copy-paste, find and replace, format font, etc. On the other hand, Notepad++ is an advanced version of Notepad used to edit the source codes of software. It has many powerful features required by developers and programmers during creating or editing any apps. Additionally, Notepad ++ can edit text files up to 2 GB in size, whereas the maximum size that Windows Notepad supports is 58 MB.

It supports syntax highlighting for over 70 programming languages and some of the most popular programming languages supported by this editor are such as C, C++, COBOL, CSS, Fortran, HTML, Java, JavaScript, Matlab, XML, PHP, Python, Ruby, Pascal, Visual Basic, and many more. It even supports user-defined language.

How to Install Notepad++ 64 bit on Windows?

Technical Details of the App: 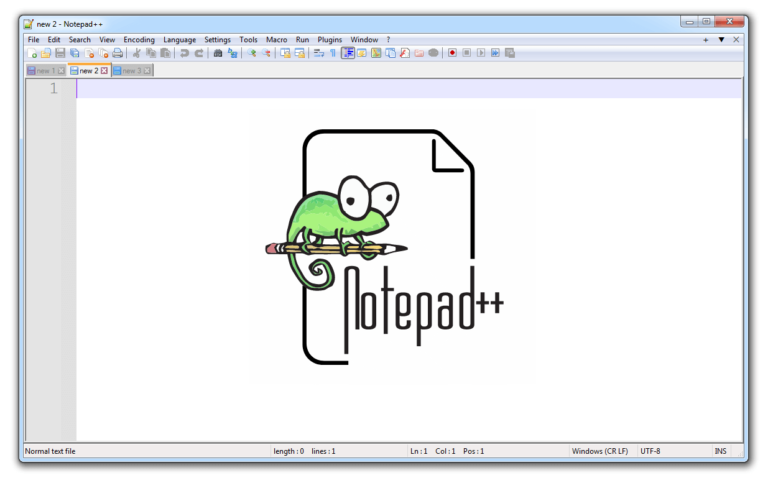