OBS Studio is one of the best free software for live streaming and screen recording. It is also known as Open Broadcaster Software. It is an open-source desktop screen recording and streaming program that can capture anything that runs on the computer monitor. Using OBS Studio, you can record high-quality video and audio. It is also capable of streaming your computer screen. OBS Studio 64-bit is designed for capturing, recording, compositing, encoding, and streaming video content, very efficiently. It is a multi-platform application available for Windows, Mac, and Linux OS.

OBS Studio 64-bit is an open-source and 100% free desktop screen-capturing application available for multiple operating systems such as Windows 64-bit and 32-bit, Mac OS, and Linux. This free screen recorder also lets you stream your desktop content like presentations, videos, and video games with sound. Free download OBS Studio and start recording and streaming quickly and easily also control your stream on your Windows computer and other supported platforms.

It is equipped with a powerful API, enabling plugins and scripts to provide further customization and functionality according to your needs. You can utilize native plugins for high-performance integrations or scripts written with Lua or Python that interface with existing sources. The latest version OBS Studio download link is listed at the bottom of this page.

It supports both streaming and recording in high definition, there is no restriction on the number or length of your compositions. You can live stream on YouTube gaming, you can save the projects so that you can edit them later, or you can save the video on your PC in FLV format. OBS Studio can capture any games running in full-screen mode as it records directly from the graphics card of your PC. It also lets you capture a portion of your PC screen. It can record videos at 60FPS or even higher FPS. That’s why this is a popular screen recording software the best and most powerful desktop screen recorder for gamers.

you can also download it for macOS using this link:

After reading the above paragraph about OBS Studio 64-bit, you might have come to know that OBS Studio for Windows PC is designed for capturing, editing, compositing, encoding, recording, and streaming video content, easily. Now you can download it for Windows PC using the above download links. This free software is distributed under the GNU General Public License v2 (or any later version) hence it is completely free software that does not require any license for installing and running OBS Studio. 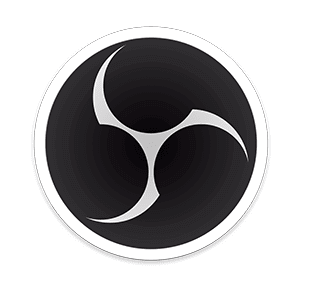