What is .NET Framework:

The .NET Framework is a comprehensive and consistent programming model by Microsoft for building applications that have visually stunning user experiences, seamless and secure communication, and the ability to model a range of business processes.

.NET is a free, cross-platform, open-source developer platform for building many different types of applications. .NET Framework is the original implementation of .NET. It supports running websites, services, desktop apps, and more on Windows.

With .NET, you can use multiple languages, editors, and libraries to build for web, mobile, desktop, gaming, and IoT.

The runtime includes everything you need to run existing apps/programs built with .NET Framework.

Microsoft .NET (MS dot Net) is a programming framework used to develop different programs, games, and many other applications. This Microsoft-developed programming infrastructure is used in building, deploying, and running applications and services that use .NET technologies, such as desktop applications and Web services. It is also used to run programs made with Visual Studio using this framework. .NET Framework packages primarily run on the Microsoft Windows operating system. 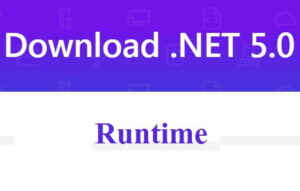