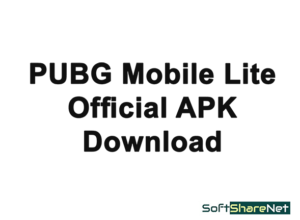 You can download and play the lite version of PUBG Mobile on an android smartphone that has a low-end processor, RAM, and graphics memory. It is completely free to download and play. The game size (installer) is much smaller than the original Pubg Mobile, only 714 MB and you can easily download it and play it on your smartphone. It is a single APK file that contains all the necessary data needed to install the game on your smartphone. You don’t need to download the OBB file separately after downloading this APK installer to play PUBG Mobile Lite.

and Play PUBG Mobile on Computer

The system requirements by the lite version of PUBG Mobile are very low. According to Developers, this royal battle game is built for devices having less than 2GB RAM and a low-end processor. The most popular mobile game is built with Unreal Engine 4.

PlayerUnknown’s Battlegrounds or widely known as PUBG is a very popular online game. It is available for different platforms like the Smartphone computer, Xbox, etc. Since the normal PUBG Mobile game is very heavy in size and also requires a high-end processor, RAM, and system resources, it is not suitable for playing on low-end devices. But the PUBG Mobile Lite made it easy to play on a lower-end mobile phone. It requires very fewer specifications compared to PUBG Mobile, but the experience of playing PUBG Mobile Lite is similar to playing the normal PUBG Mobile game. Download lite version PUBG Mobile latest edition from using the link below.

How to install PUBG Mobile Lite:

First, download the APK using the below download link and then find the APK installer in the download folder. Now tap the installer and allow it to install the game and follow the installation steps and you are all done.
[Related Software]
PUBG Lite for Windows PC Free Download

2. New Features: Firearm upgrades! Level up together with your firearms.

Technical Details of the Application:

Or Install from Google Play Store

** Note: As some versions of the PUBG Mobile (lite) game are banned in some countries like India, Iraq, Jordan, you may not able to access its website and its contents, and also this download link may not work.

PUBG Mobile Lite is a product developed by PUBG Corporation, Lightspeed & Quantum, and Krafton and published by Tencent Games. This site is not directly affiliated with PUBG Corporation or any of these developers and publishers. All the trademarks, product names, logos, and brands mentioned herein are the property of their respective owners. We are not hosting the PUBG Mobile Lite APK installer. Here on SoftShareNet, we have only shared the download link, which is available on the internet to download PUBG Mobile Lite APK installer for Android smartphones.